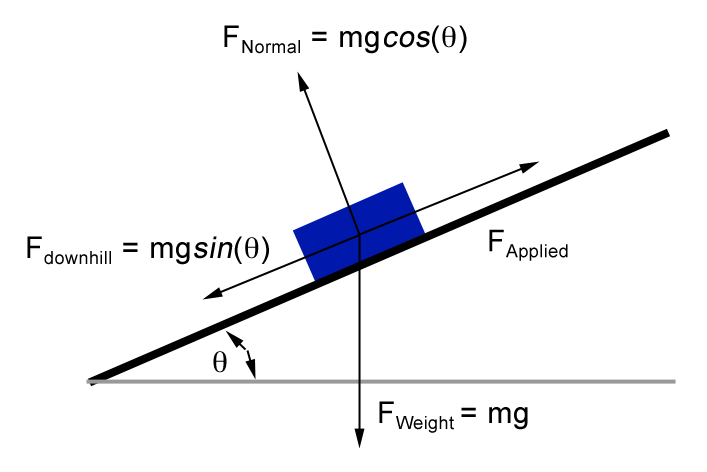 This tool can be used to determine the forces acting on an object on an incline. Given the mass of an object, it will find the following forces (in Newtons):

The calculator will not only depict the mathematical steps involved to compute the answer, but will also display a labeled free body force diagram. All answers are provided to three decimal places. (These tools only support integers and decimals, fractions are not allowed)

*A javascript-enabled browser is required to use this tool.

Calculate and Resolve Forces Exerted by Gravity on an Object on a Ramp: Applied, Normal, and Frictional Forces